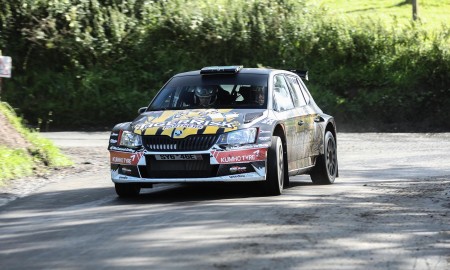 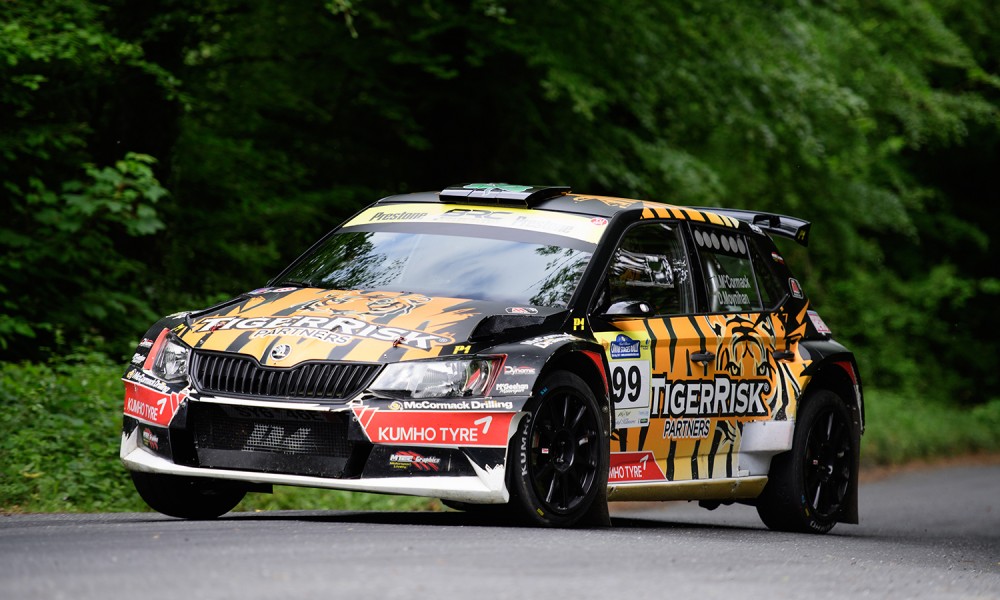 After a run of incredibly good results, Marty McCormack and David Moynihan head to the Ypres Rally in Belgium hoping to close the points gap to the leaders of British Rally Championship!

Marty travels to Belgium coming off a hot streak of results, claiming victory at the Donegal Forestry Rally, third place at RSCA Scottish Rally and another podium at the Cavan Stages Rally. The Ypres event is now a counting round of the British Rally Championship for the first time ever, and Marty is delighted to compete on the Belgian event again. “I really love the Ypres Rally, I have competed here twice before and every time, the welcome and the atmosphere is second to none!” “We did the event in 2015 in the TigerRisk Skoda Fabia S2000 and finished in 8th overall, which was great, but the S2000 didn’t have the pace of the R5 cars and we had an off on the first day but we fought our way back up the leaderboard and got a good result.”

Confidence is very high heading into the event especially after leading the recent Cavan Stages Rally. The full tarmac event was the perfect preparation for the trip to Ypres but the very fast nature of the roads allowed the World Rally Cars to pip Marty to the top places at the finish. “Cavan was a great event for us, it was our first time on tarmac in the new car and it went really well. We were leading for most of the event but the World Rally Cars eventually came back and took the win. That didn’t really matter to us as we did not expect to be on their pace, but it was encouraging to be at the front. The car is really good on tarmac the Kumho Tyres worked incredibly well and now we are really looking forward to Ypres!”

The rally is based in the beautiful, historic town of Ypres, but Marty and David won’t have time to take in the sights. The organisers have laid out a very challenging route consisting of twenty stages over two days. The number of entries this year has surpassed recent years. Thirty-eight R5 cars will take the start, including all the British and Belgium Rally Championship regulars and also World Rally superstar Thierry Neuville. “The competition this year is massive, we will have our work cut out, but it’s going to be a great challenge and we can’t wait to get going!”

The rally gets underway on Friday the 23rd of June so be sure to keep eye on Marty’s social media channels for up to date information about the event. Twitter @martymccormack and on Facebook at www.facebook.com/marty.mccormack1. Marty is competing this season with the support of Tiger Risk Partners and P. McCormack and Sons Ltd.