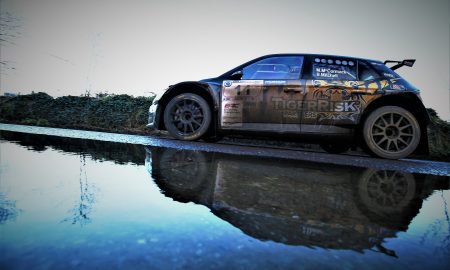 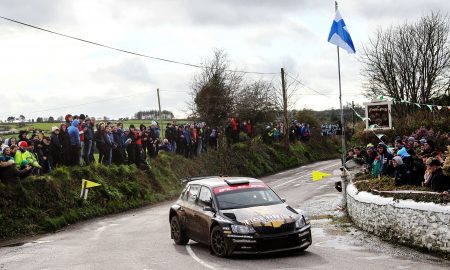 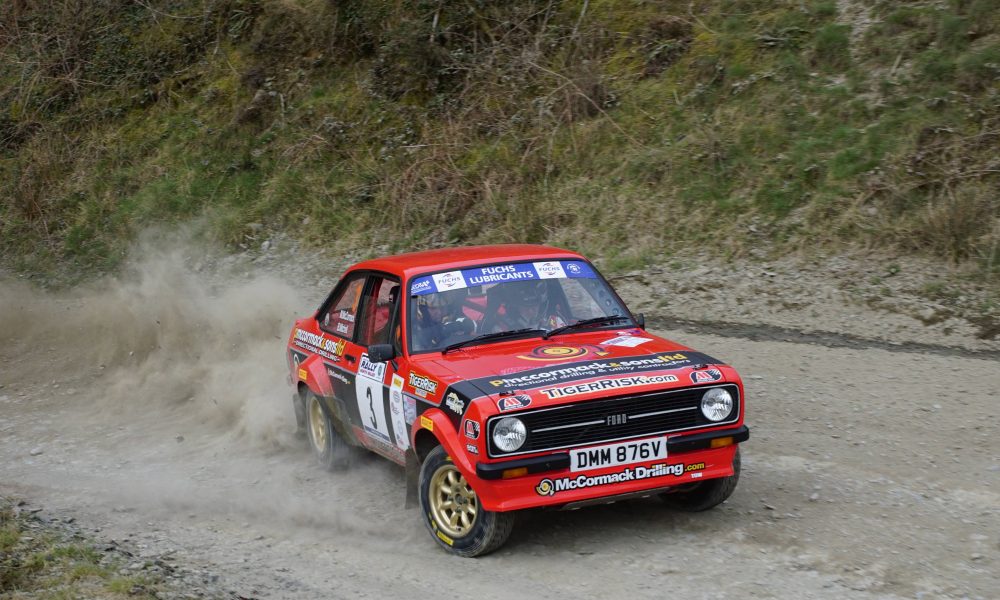 McCormack and co-driver Phil Clarke found themselves down in 17th overall in the National A section of the event on the opening test which was filled with British Historic Rally Championship contenders all eager to get their season underway in Wales.  However, the duo found the perfect rhythm throughout the afternoon loop to snatch fifth place on the final stage of the rally.

Just two weeks ago, the Draperstown driver secured another encouraging result in his BRC campaign, taking fourth BRC crew at the West Cork Rally in the Skoda. Eager to keep “match-fit” in the rear wheel drive Ford Escort ahead of the Roger Albert Clark Rally later in the year, McCormack would head to Wales to tackle classic stages such as Dyfi and Gartheiniog, made famous by the World Rally Championship in recent years.

Although the Escort had been given a run on asphalt late last year, Rally North Wales would mark exactly 12 months since McCormack had been out on gravel in the Tiger Risk backed Ford and in 2018, he secured second place on the event.

Eight stages and 45 miles lay ahead and he would endure a tough start, suffering half spins and an overshoot on the opening test as he acclimatised to the forests again. Just one stage later, McCormack would be right back in the mix, with sixth fastest over the Big Ray stage.

Conditions were perfect, and the dry forest tracks would hold up well for the 120 crews in the rally. Finding his feet stage by stage, McCormack began to claw back some time but another spin before the mid-event service halt prevented him from breaking into the top ten.

The afternoon offered a repeat run of the morning loop and the chance for McCormack to find his feet and charge back up the leader board. A change of tyre in service would also give a better feeling in the Escort and he soon felt right at home, setting equal fastest time on the penultimate stage.

Another top three time on the final test saw him leap into fifth spot and just shy of a D5 class podium position. McCormack was delighted with his progress during the day.

“We had a really brilliant afternoon and it’s great to have been able to pull today back from a pretty dire start,” he said.

“The rally really started for us this afternoon. The spins and overshoots this morning were really down to me just finding my feet again in the car, it’s been a while since I’ve been on the gravel in the Escort now. We had an absolute ball this afternoon and although I know there is still room for improvement here and there, I`m happy with today’s result.”

McCormack will now switch back to the Skoda for the third round of the British Rally Championship at the end of April with the Pirelli International Rally. He currently sits fourth overall in the championship.