Marty McCormack will give the new Volkswagen Polo R5 its Irish debut as the Tiger Risk Partners-backed ace will contest the CBToolHire.com Cork “20 International Rally (28-29 September) behind the wheel of a Dom Buckley RSC example. 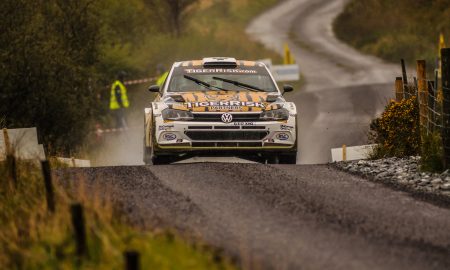 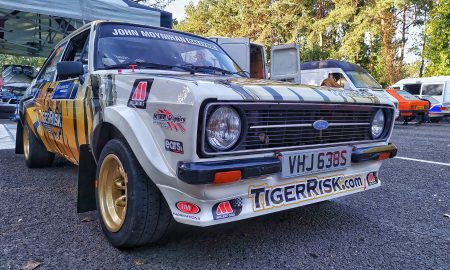 Marty McCormack will give the new Volkswagen Polo R5 its Irish debut as the Tiger Risk Partners-backed ace will contest the CBToolHire.com Cork “20 International Rally (28-29 September) behind the wheel of a Dom Buckley RSC example.

The Draperstown driver has been mixing a British Rally Championship programme with his preparation for November’s Roger Albert Clark Rally in a Ford Escort Mk2 this season, but will now turn his attentions to the legendary event in the latest specification Polo R5 and is bidding for a strong run on the tough Irish lanes.

McCormack is no stranger to the R5 generation of machinery and has vast experience in their handling and characteristics. His R5 debut came at Rallye de Portugal as part of the World Rally Championship back in 2013 with a Ford Fiesta R5. A switch to a Skoda Fabia in 2016 kicked off a long partnership with the Czech brand which continues to this day.

However, McCormack has had his sights set on the latest offering from Volkswagen for some time and its success in Europe has led to talks with the Scottish based firm Dom Buckley RSC, which runs McCormack’s Fabia, to obtain an example.

McCormack and regular co-driver Barney Mitchel will head to the final round of the Irish Tarmac Rally Championship to compete against some of the fastest asphalt drivers in the country, which is held in Macroom, with Rally HQ in Little Island, Cork.

Over 200 miles of flat-out action is on offer, spread across 13 stages during the weekend and McCormack is eager to get behind the wheel of the Polo for the first time.

“We have really been enjoying driving the Skoda this season and I think it’s fair to say that my relaxed approach to the events we have contested has brought our pace up a notch. But I`ve been exploring some other options for some time now and when the opportunity came up to drive the Polo, it didn’t take me long to say yes”.

He will carry out a short test this week ahead of the event to acclimatise to the car and its characteristics, as well as trying to find a set up for the Irish Tar.

“I’ve heard some great reports about the car in Europe but of course that is a far cry from the Irish lanes so it may take some time to find the right set up for the following weekend. But that’s part of the excitement for me and it will be a real challenge to get it right from the word ‘go’.”

McCormack had enjoyed a strong start to his BRC campaign this season, but work commitments had ruled him out of contesting the Pirelli Rally which hampered any charge on the title. Non-finishes in Ypres and Ulster allowed McCormack to concentrate on his Historic Rallying for the remainder of the year but he has always wanted to remain at the forefront of R5 machinery.

“I`m always looking further afield at what is being developed and the Skoda has been a great car. But until you sample other makes and models, you don’t know how manufacturers are progressing. It’s great to be associated with the Volkswagen brand on such an iconic event too. It should be a pretty good blast”.