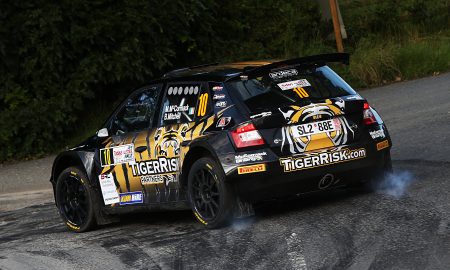 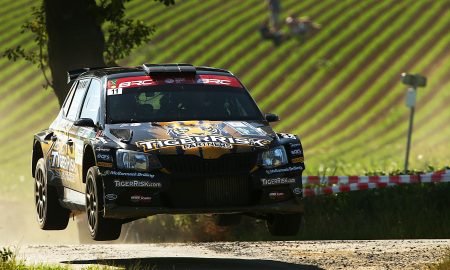 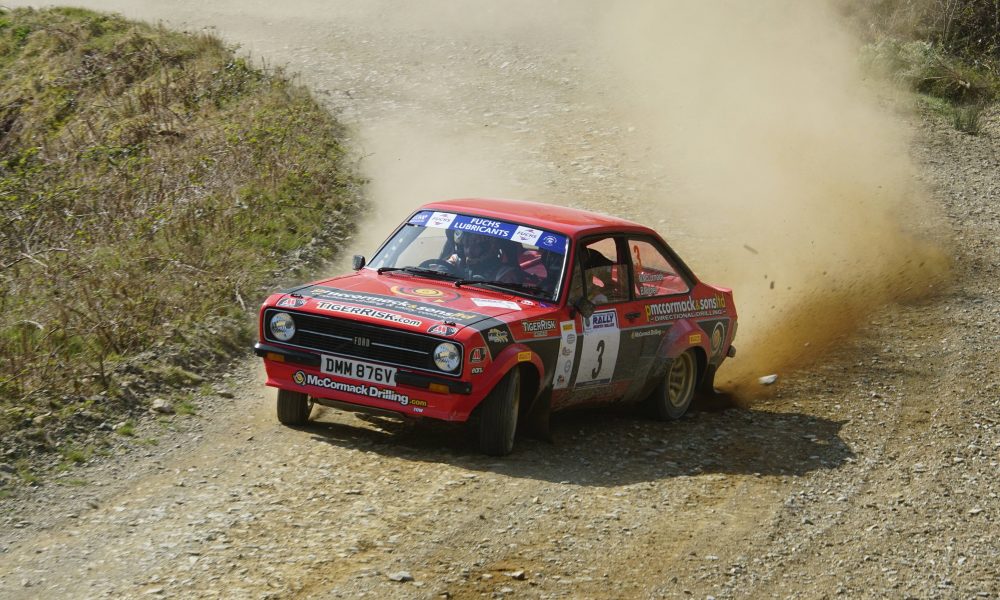 McCormack made his RAC Rally intentions clear, by taking third place in the Historic category at the Nicky Grist Stages

McCormack made his RAC Rally intentions clear, by taking third place in the Historic category at the Nicky Grist Stages

Using his TigerRisk Partners and McCormack Drilling backed Ford Escort Mk2, McCormack and co-driver Barney Mitchell powered their way to a podium spot in readiness for the five-day gruelling event in November. The duo have entered the unique event in a bid to retain their title after winning the rally when it last ran in 2017.

Just a fortnight after setting the British Championship pace in Belgium behind the wheel of his Skoda Fabia R5 at the Ypres Rally, the Draperstown pilot elected to head to the Builth Wells based event to get “match fit” for the end of year showdown.

With much of the season spent in the four wheel-drive Skoda, the Historic Escort offers a very different driving experience and he would aim to rack up the miles on some of the stages which would be used on the opening two legs of the event.

But McCormack would be up against some stiff competition, with BTRDA Rally Series regulars aiming for top honours during the day. McCormack’s approach however was one of “gaining seat time” and bedding back into the Ford after not being in the classic machine since March.

Eight stages and 43 miles of classic Welsh stages were on offer, with a loop of four tests opening the day before being repeated in the afternoon. McCormack enjoyed a solid start to the event as he adapted to the surroundings and sat in fourth spot after the first test.

He continued to increase the pace during the morning and headed into the lunchtime halt in second place in the H3 class, although such was the competition, the top four were separated by just 12 seconds.

McCormack would claw back up to second to enter the final stage of the event just two seconds behind the leader. Sadly, he would be edged down to third on the short final test but was happy that the day was “mission accomplished”.

“It was great to be back in the Escort and on some classic stages here in Wales, there are certainly plenty of smiles per mile here” he said.

“We didn’t come for a result really; it was more to shakedown the car and me, so to be fighting with the other Historic boys was fantastic today. The focus here was on the Roger Albert (Clark Rally) and getting to know the stages a little and although the conditions will be very different in November, it’s been worth it. It was a huge achievement to win that event in 2017 so of course we want to repeat that this year. It’s only run every other year so you don’t get too many chances of getting your name on that trophy”.

McCormack will next be in action at the Cork Forestry Rally on 27th July.